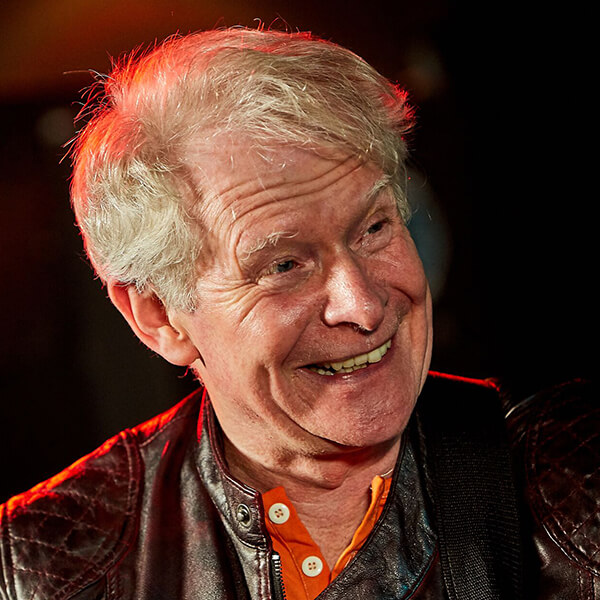 James started playing the guitar at age 15 in the (very) early 70’s.

He formed his first band 18 months later; the ‘Wild Dog Blues Band’ which morphed into prog rock band ‘Gollum’ all based around his home town of Nottingham.

Playing was interrupted at 18 when he made the decision to pursue an ‘alternative ‘career choice of medicine.

In the early 90’s like-minded friends encouraged a return to playing in public and this led to a sequence of bands including rock’n’ soul band ‘Reflex, and twin lead rock band Wysiwyg.

The Doc. then started to play bass around 25 years ago which lead him to join The Lol Goodman band.

He recently added the mandolin to his repertoire of musical skills.

James “the Doc” undoubtedly is a walking encyclopedia of ROCK knowledge – there literally is nothing he doesn’t know.